The Africa continent is blessed with men and women who are worth billions of dollars. In fact, the 20 African billionaires are worth $73.8 billion. So every year, the American magazine Forbes presents its ranking of the wealthiest people in the world.

Africa is not left out of the ranking of wealthiest people. In Africa, the Nigerian business tycoon Aliko Dangote remains the richest person in Africa, with an estimated $12.1 billion net worth, according to the Forbes Africa Top Billionaires 2021 list.

Aside from Dangote, who else made the list of richest persons in Africa. Read below to find out who are really the richest billionaires in Africa.

Richest Men in Africa and Net Worth

Below is the comprehensive list of the top 18 richest billionaires in Africa and their net worth according to Forbes 2021.

Alhaji Aliko Dangote is a Nigerian businessman and Africa’s richest man with a net worth of $12.1 billion. He is the founder and chairman of Dangote Cement, the continent’s largest cement producer. Dangote owns nearly 85% of publicly-traded Dangote Cement through a holding company.

Dangote Cement produces 45.6 million metric tons annually and has operations in 10 countries across Africa. The billionaire also owns stakes in publicly-traded salt, sugar, and flour manufacturing companies. The Dangote Refinery has been under construction for three years and is expected to be one of the world’s largest oil refineries once completed.

Nassef Sawiris is the richest man in Egypt and the second richest man in Africa with a net worth of $8.5 billion. He is a scion of Egypt’s wealthiest family. His brother Naguib is also a billionaire.

Sawiris split Orascom Construction Industries into two entities in 2015: OCI and Orascom Construction. He runs OCI, one of the world’s largest nitrogen fertilizer producers, with plants in Texas and Iowa; it trades on the Euronext Amsterdam exchange.

Orascom Construction, an engineering and building firm, trades on the Cairo exchange and Nasdaq Dubai. His holdings include stakes in cement giant Lafarge Holcim and Adidas; he sits on the supervisory board of Adidas. 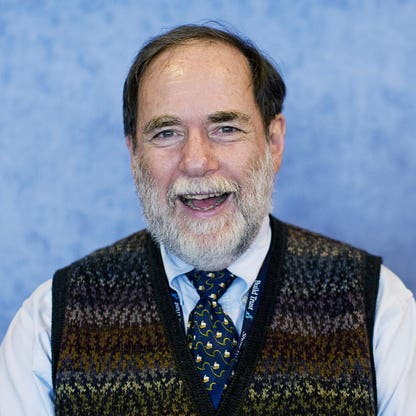 Oppenheimer is the richest man in South Africa and the third richest person in Africa with an estimated net worth of $8 billion. He is heir to his family fortune. In 2012, he should 40% stake in diamond firm De Beers to mining group Anglo American for $5.1 billion.

Oppenheimer was the third generation in his family to run De Beers and took over the company in 2001. The Oppenheimer family has occupied a controlling spot in the diamond firm up until 2014. Oppenheimer also owns the chartered flight company Fireblade Aviation. He has at least 720 square miles of conservation land across South Africa, Botswana and Zimbabwe.

Johann Rupert is a South African businessman and one of the richest people in Africa with an estimated net worth of $7.2 billion. Rupert is the chairman of the Swiss luxury goods firm Compagnie Financiere Richemont which is best known for the brands Cartier and Montblanc.

He also owns about a 7% stake in diversified investment firm Remgro, which he chairs, as well as 25% of Reinet, an investment holding co. based in Luxembourg. Rupert also owns part of the Saracens English rugby team and Anthonij Rupert Wines, named after his deceased brother.

Mike Adenuga is Nigeria’s second richest man and one of the richest in Africa with a net worth of $6.3 billion. He built his fortune in telecom and oil production. Mike’s mobile phone network provider, Globacom is the third-highest operator in Nigeria.

Also, his exploration outfit, Conoil Producing, operates six oil blocks in the Niger Delta. Adenuga got an MBA at Pace University in New York, supporting himself as a student by working as a taxi driver. He made his first million at age 26 selling lace and distributing soft drinks. 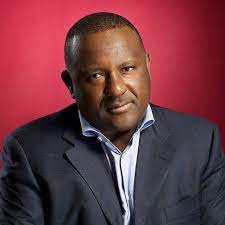 Abdulsamad Rabiu is the founder the CEO of BUA Group and one of the richest men in Nigeria with an estimated net worth of $5.5 billion. His company is active in cement production, sugar refining and real estate. In 2020, Rabiu merged his privately-owned Obu Cement company with the listed firm Cement Co. of Northern Nigeria, which he controlled. Rabiu owns 56.24% of the combined firm, called BUA Cement Plc.

Issad Rebrab is Algeria’s richest man and the 7th richest man in Africa with a net worth of $4.8 billion. Rebrab is the founder and CEO of Cevital, Algeria’s biggest privately-held company. He also owns one of the largest sugar refineries in the world with the capacity to produce 2 million tons a year.

Cevital is the parent company of many European companies including French home appliances maker Groupe Brandt, an Italian steel mill and a German water purification company. 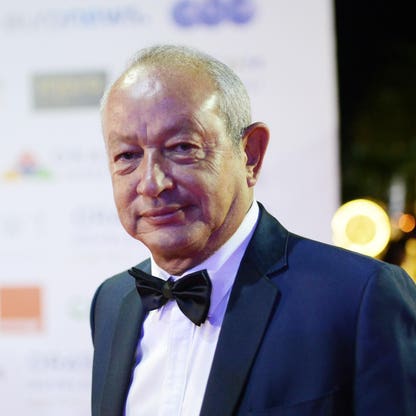 Naguib Sawiris is an heir of Egypt’s wealthiest family. Naguib has an estimated net worth of $3.2 billion. He is the chairman of Weather Investments parent company and chairman and CEO of Orascom Telecom Holding. The company has stakes in an asset manager in Egypt and Italian internet company Italiaonline, among others.

Sawiris through his Media Globe Holdings owns 88% of Pan-European pay-TV and video news network Euronews. He also has a luxury resort called Silversands on the Caribbean Island of Grenada.

Patrice Motsepe is a South African business mogul with a net worth of $3 billion. He is the founder and chairman of African Rainbow Minerals. Motsepe was the first black African on the Forbes list and he became a billionaire in 2008.

He launched his private equity firm, African Rainbow Capital, focused on investing in Africa. Patrice also has a stake in Sanlam, a financial service firm. He is also the president and owner of Mamelodi Sundowns Football Club. Motsepe was the first black partner at law firm Bowman Gilfillan in 1994.

Jacobus Petrus “Koos” Bekker is a South African businessman and chairman of South African newspaper publisher, Naspers. Under his leadership, Naspers invested in the Chinese internet and media firm Tencent in 2001.

In 2019, the company put some assets into two publicly traded companies, the entertainment firm MultiChoice Group and Prosus, which contains the Tencent stake.

Mohamed Mansour is an Egyptian billionaire businessman with a net worth of $2.5 billion. He is the CEO of Mansour Group and company established by his father in 1952. Mansour Group is one of General Motors’ biggest distributors in the world. The company also has exclusive distribution rights for Caterpillar equipment in Egypt and seven other African countries.

Between 2006 to 2009, Mansour served as Egypt’s Minister of Transportation. His brothers Yasseen and Youssef, who share ownership in the family group, are also billionaires; his son Loutfy heads the private equity arm, Man Capital.

Aziz Akhannouch is the richest man in Morocco with an estimated net worth of $2 billion. He is the majority owner of Akwa Group, a multibillion-dollar conglomerate founded by his father and a partner, Ahmed Wakrim, in 1932. The company has interests in petroleum, gas and chemicals through publicly traded Afriquia Gaz and Maghreb Oxygene. Akhannouch is Morocco’s Minister of Agriculture and Fisheries and the president of a royalist political party.

Mohammed Dewji is Tanzania’s richest man with an estimated net worth of $1.6 billion. He is the CEO of MeTL, a Tanzanian conglomerate founded by his father in the 1970s. The company is actively involved in textile manufacturing, flour milling, beverages and edible oils in eastern, southern and central Africa. The company operates in at least six African countries and has ambitions to expand to several more. 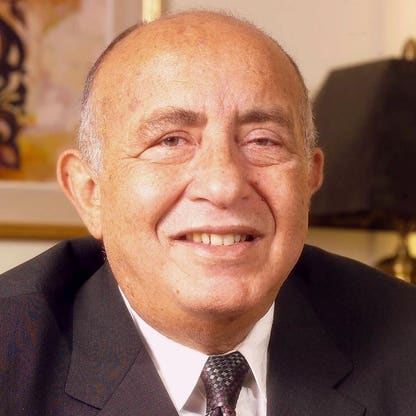 Youssef Mansour is an Egyptian billionaire and the chairman of family-owned conglomerate Mansour Group, which was founded by his father Loutfy in 1952. The company is one of the biggest distributors of General Motors in the world.  It also the exclusive distributor of Caterpillar equipment in Egypt and several other countries. 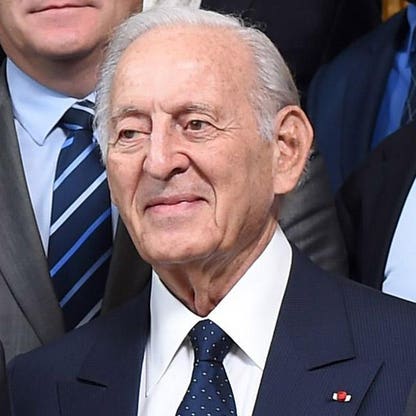 Othman Benjelloun a Moroccan business mogul and the CEO of BMCE Bank of Africa, which has a presence in more than 20 African countries. Othman’s father was a shareholder in RMA, a Moroccan insurance company; Benjelloun built it into a leading insurer. Through his holding company FinanceCom, he has a stake in the Moroccan arm of French telecom firm Orange.

In 2014, Othman inaugurated a $500 million plan to build a 55-story Mohammed VI Tower in Rabat. The building will be one of the tallest buildings in Africa.

Michiel Le Roux is a South African billionaire and the founder of Capitec Bank. He aslso owns about an 11% stake in the bank. The bank, which trades on the Johannesburg Stock Exchange, targets South Africa’s emerging middle class. He served as chairman of the board of Capitec from 2007 to 2016 and has continued on as a board member. Le Roux previously ran Boland Bank, a small regional bank in Cape Town’s hinterland.

Masiyiwa also owns just over half of the private company Liquid Telecom, which provides fibre optic and satellite services to telecom firms across Africa. His other assets include stakes in mobile phone networks in Burundi and Lesotho and investments in fintech and power distribution firms in Africa.

Yasseen Mansour is an Egyptian billionaire and a shareholder in family-owned conglomerate Mansour Group, which was founded by his father Loutfy in 1952. The company is one of the biggest distributors of General Motors in the world.  It also the exclusive distributor of Caterpillar equipment in Egypt and several other countries.

His brothers Mohamed and Youssef are also billionaires and part owners of Mansour Group. Yasseen is the chairman of Palm Hills Developments, one of Egypt’s biggest real estate developers.